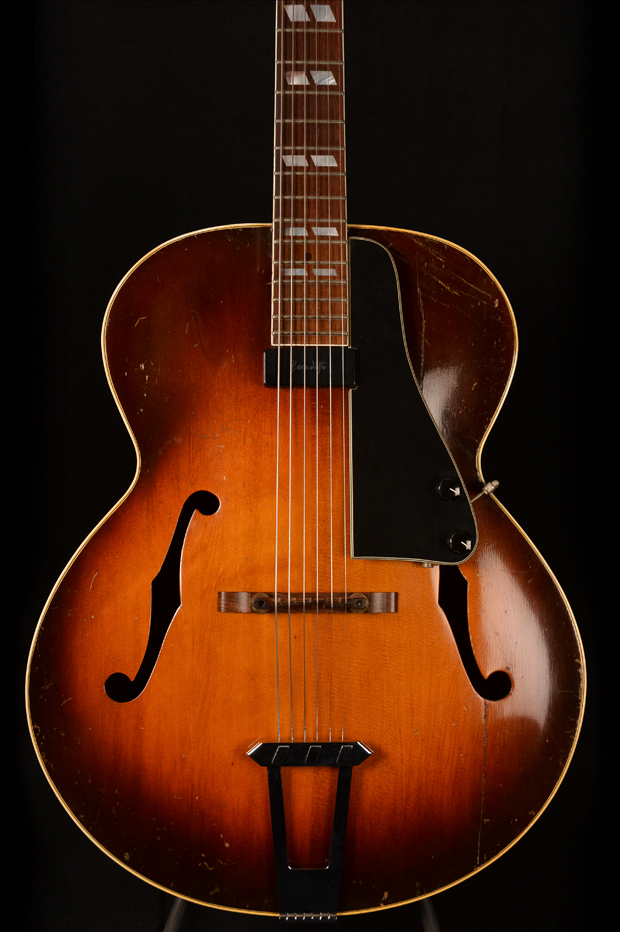 Here’s a very cool – and very old – approximately 1946 Gibson L-7. This is a very strong sounding, articulate guitar that has been professionally maintained, including replaced frets, tuners, nut and a neck reset (hence the plug at the 16th fret) to ensure optimal playability and performance.

Gibson built very few guitars during WW2, as all manufacturing capacity was directed at supporting the war effort. This meant that the L-7 changed to a maple neck otherwise reserved for the L-5, making the two models identical except for the cosmetic differences between the two. As such, the neck on this example was originally painted with a factory stinger, but was sprayed dark brown by Gibson prior to fitting the neck to the guitar, to make it “correct” for an L-7.

The post-war era of these guitars are characterized by a large variation in cosmetic features, due to Gibson using existing old stock for many of the guitars build in this period. This specific example features the typical crown inlay in the headstock, but the smaller, straight Gibson logo, in place of the slanted, larger font Gibson cursive logo from the era, which predates the modern Gibson logo introduced in 1947.

Gibson switched to A- prefix serials and the modern “drop-letter” logo early in 1947, so we believe this example to be from 1946 based on the bit of the serial that’s still visible on the label and the other specs of the guitar.

Pickguard, truss rod cover and electronics are unoriginal. The pickup is a Benedetto and output jack is pickguard-mounted. A string ground has been established at the tailpiece.

There are a couple of repaired cracks in the top, but no headstock breaks or other issues.

A newer, unoriginal hardcase is included. 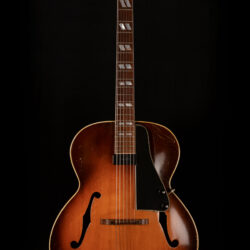 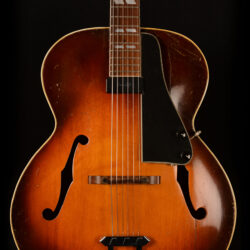 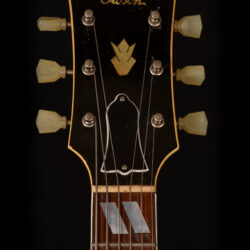 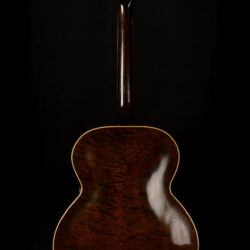 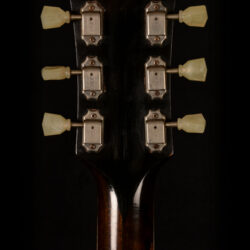 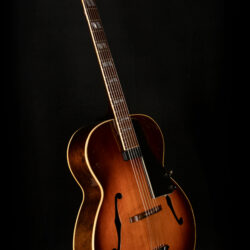 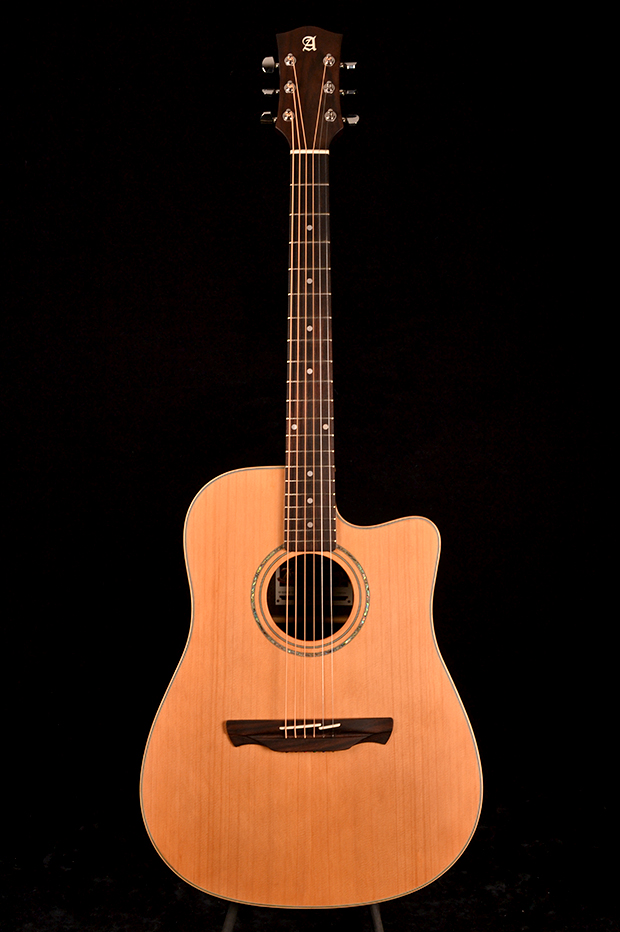 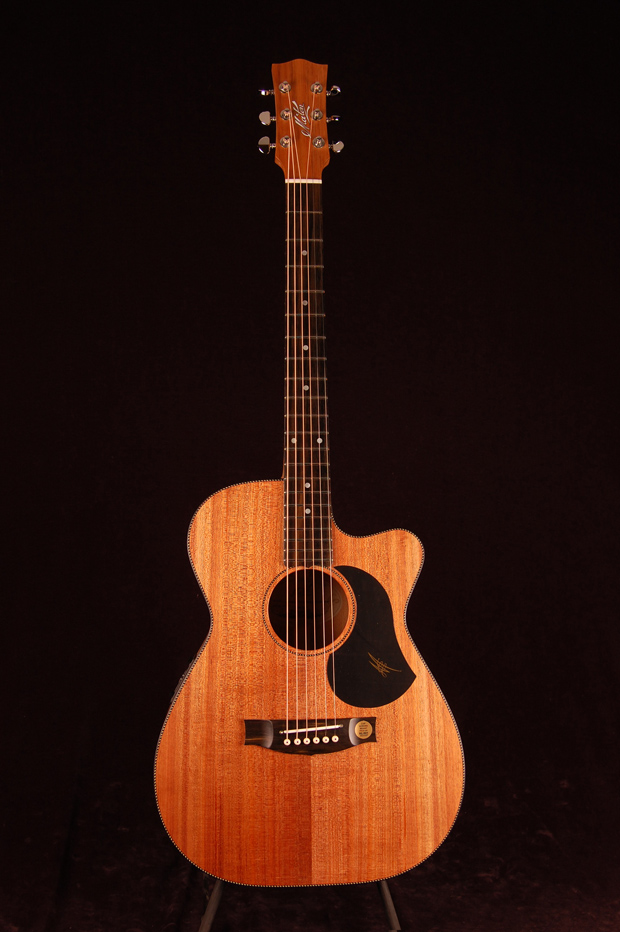 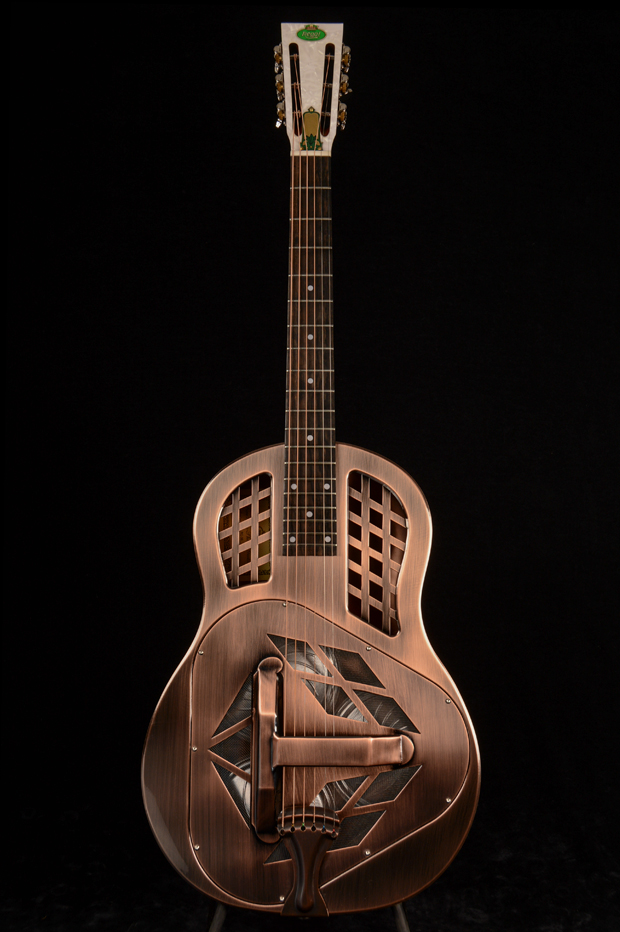 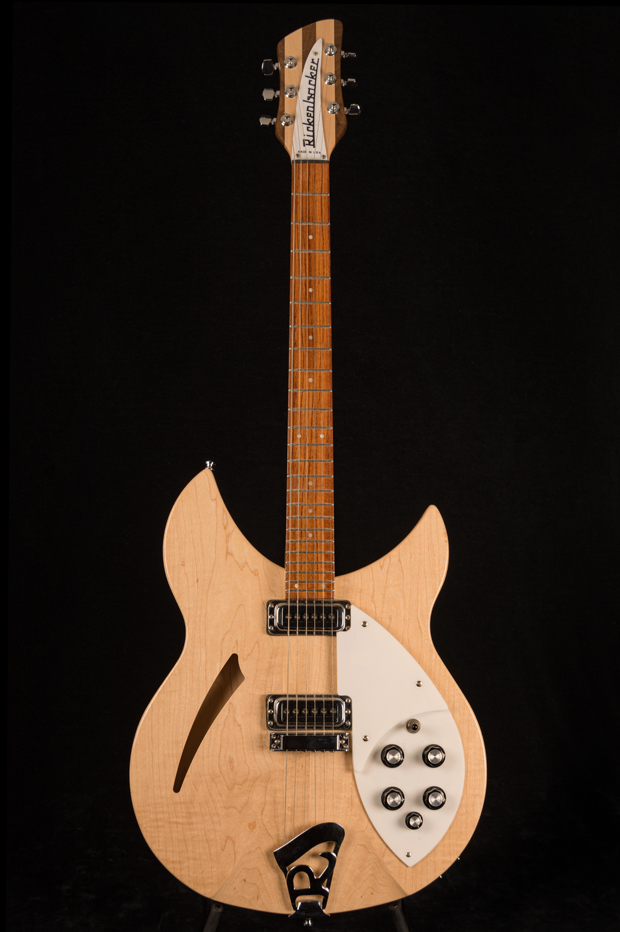