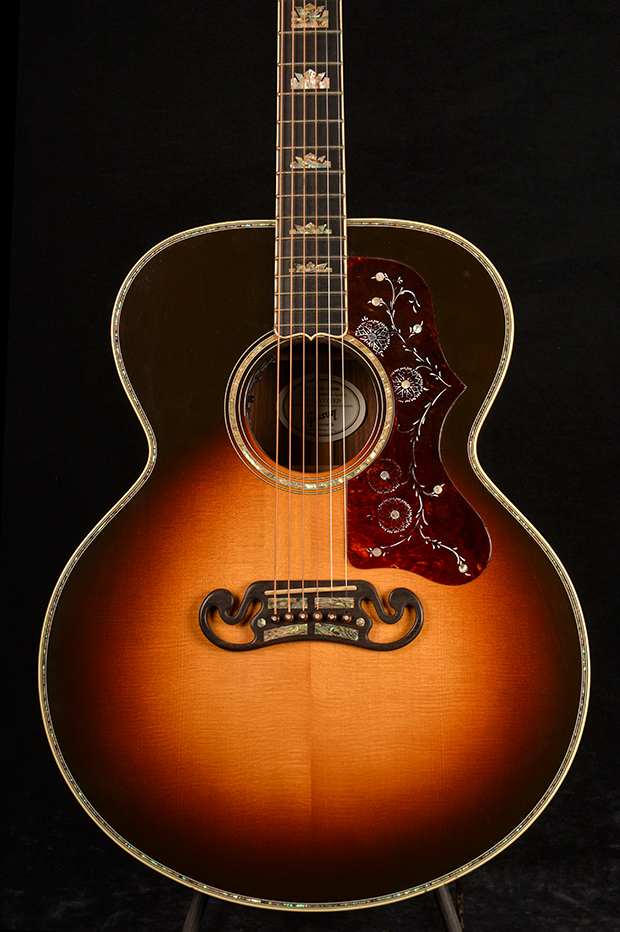 The rosewood Gibson SJ-200 Custom Acoustic-Electric guitar delivers the look, feel, and sound of Gibson’s original Super Jumbo as it first appeared in 1937. The SJ-200 was originally built to cut through the loudest acoustic ensembles, but ended up defining the new American music scene of the 1930s on its way to becoming the world’s most famous acoustic guitar. The SJ-200 Custom expresses deep, well-balanced tone and powerful sound.

Gibson logo
The Gibson name has graced the most innovative and revolutionary acoustic guitars of our time—the Super Jumbos, the J-45, the Hummingbird, the Dove. There is no mistaking the classic, mother-of-pearl logo, pressed onto the face of the headstock. It represents more than a century of originality and excellence. There is simply no equal.

Abalone Crown Peghead Logo
Gibson put the first crown peghead logo on an ES-300 back in 1940, and it has graced the headstocks of many legendary Gibson guitars ever since, including today’s SJ-200 Custom. Over the years, it has also been called a “thistle” because of the group of flowering plants with the sharp prickles, though Gibson has preferred to call it a “crown.”Rosewood Fingerboard with Traditional Binding and Graduated Crown InlaysThe fingerboard of Gibson’s SJ-200 Custom is constructed from the highest grade rosewood on earth, which is personally inspected and qualified by Gibson’s team of skilled experts before it enters the Gibson factories. The resilience of this durable wood makes the fingerboard extremely balanced and stable, and gives each chord and note unparalleled clarity and bite.

The SJ-200’s graduated crown inlays are made of genuine mother of pearl, and are inserted into the fingerboard using a process that eliminates gaps and doesn’t require the use of fillers. The fingerboard also sports traditional binding over the fret ends, which was a staple feature of many classic Gibson acoustics for many years.

Tapered Dovetail Neck Joint
The dovetail neck joint is one of the oldest—and best—ways of securely joining the neck to the body of a guitar. It is also a complex and expensive neck joint to build, but the result is a tight, locking connection that supports the neck at the proper neck-pitch angle, allowing the body and neck to become one solid piece of resonating wood, with no metal to impede vibration. This process is done entirely by hand, requiring patience and skill.

Body Tonewoods (back, sides and top)
The top of the SJ-200 Custom is made from beautiful AAA-grade Sitka spruce, while the back and sides are constructed from Indian rosewood, giving the SJ-200 all the deep, well-balanced tone and powerful sound of Gibson’s celebrated Super Jumbos. Selecting the right wood, and the formula to dry it out, are two of the most central procedures to Gibson’s guitar-building process. Beginning with its first catalog in 1903, Gibson has assured its customers that every guitar would be built using woods with “the most durable, elastic, and sonorous qualities,” and today’s guitars from Gibson Acoustic are no different.

The Ellipse Aura
The Ellipse Aura combines Fishman’s most sophisticated onboard preamp design with the power of Aura Acoustic Imaging Technology for exceptional accuracy and true to life sound. The Ellipse Aura features Pickup/Image Blend, Volume and switchable Natural I and Natural II low frequency tone shaping. A Phase Switch and automatic Anti-Feedback device aids in controlling feedback. The pickup’s ergonomic soundhole-mounted design puts slider controls at the player’s fingertips to maintain a natural playing position. A patented neodymium magnetic mounting system enables easy, solder-free installation with a variety of size formats that accommodate most round soundholes from 3-7/8″ (98mm) to 4-1/8″ (105mm) in diameter. Equipped with a Low Battery indicator, the Ellipse Aura includes a no-hassle, solder-free Acoustic Matrix undersaddle pickup in narrow, wide, or narrow/split formats.

Bracing
Every acoustic guitar made by Gibson features hand-scalloped, radiused top bracing inside the body, a feature normally found only in limited-run, hand-made guitars. By scalloping each brace by hand, the natural sound of the acoustic is focused more toward the center of the body, enhancing the instrument’s sound projection. The lightweight bracing pattern inside the SJ-200 Custom is the same pattern used in Gibson’s first Super Jumbo in 1937—constructed to support and strengthen a very large surface, thus allowing the top more freedom of movement to vibrate and project sound. The placement of the braces inside the SJ-200 Custom also creates powerful, deep lows with full frequency range. The result is the incredibly balanced, huge sound that Gibson’s Super Jumbos are so noted for.

Pickguard
The tortoise pickguard for the SJ-200 Custom is Gibson’s standard Super Jumbo shape, hand-engraved with the SJ-200’s traditional floral and vine design, surrounded by a cream-colored border with yellow and orange dots—exactly as it appeared in 1937. As with all of Gibson Acoustic’s pickguards, the coloring, inlay, and binding are all constructed by hand.

Rosette
A rosette is the beautiful, hand-crafted circle around the soundhole, and can be one of the most ornamental elements of any acoustic guitar. It is also one of the most subtle and complicated woodworking decorations on any acoustic guitar. The rosette on the SJ-200 Custom is an abalone double-ring rosette, adding a stylish, understated elegance to the SJ-200 Custom.Radius TopThe top of many “flat-top” guitars are under a lot of stress from the pull of the strings, which can eventually compromise the top. So, while most acoustic guitars are true “flat-top” guitars, all of the acoustics produced by Gibson in Bozeman, Montana have a radiused, or “tuned” top. Instead of being perfectly flat, a radiused or “tuned” top is raised slightly, and a special instrument is used to shape the top braces to the radius of the top. This process adds tension and strengthens the top, creating a less stressful joint where the top meets the sides and reducing the stresses of string pull. It also results in a “speaker cone” effect that maximizes sound projection, adding a significant boost to mid-range levels for a more balanced acoustic tone.Nitrocellulose

Finish
Applying a nitrocellulose finish to any Gibson acoustic guitar—including the SJ-200 Custom—is one of the most labor-intensive elements of the guitar-making process. Unlike the polyurethane finishes used by many guitar manufacturers, a nitrocellulose lacquer finish is porous when cured, allowing the wood to naturally “breathe” and mature. Microscopically thin, many finish colors require up to seven evenly applied layers to complete, each of which is inspected, leveled, and wet polished between coats for a glass-like finish. The time-consuming nature of a nitro finish has been employed ever since the first Gibson guitar was swathed with lacquer back in 1894. Why? For starters, a nitro finish means there is less interference with the natural vibration of the instrument, allowing for a purer tone. It’s also a softer finish, making it easily repairable. You can touch up a scratch or ding on a nitro finish, but you can’t do the same on a poly finish.Body BindingIn general, a guitar’s binding serves as a cosmetic feature, adding a subtle elegance to any Gibson acoustic while hiding the joints between the top, back, and sides, and helping to protect the guitar’s body from any nicks or dings. But to see the process of putting the binding on a Gibson acoustic is to really appreciate the effort and attention put into each instrument. After the body has been glued together, the excess from the top and back are trimmed off and a groove is cut for the binding. The binding is then glued on and held on to the body using tape, and hung to dry. When the tape comes off, any excess glue is removed and the body is moved into the next phase of production. It has been done the same way for over 100 years, and is a fundamental part of Gibson Acoustic’s rich guitar-making history. 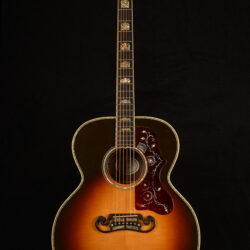 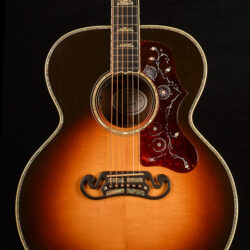 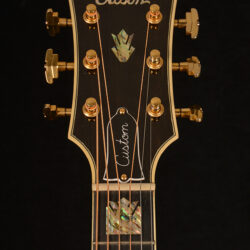 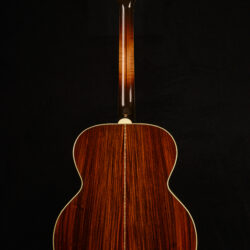 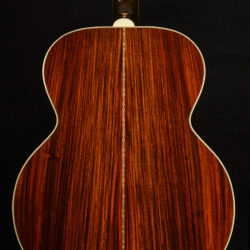 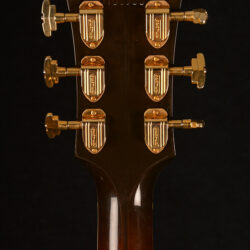 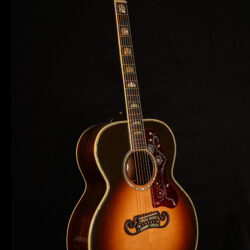 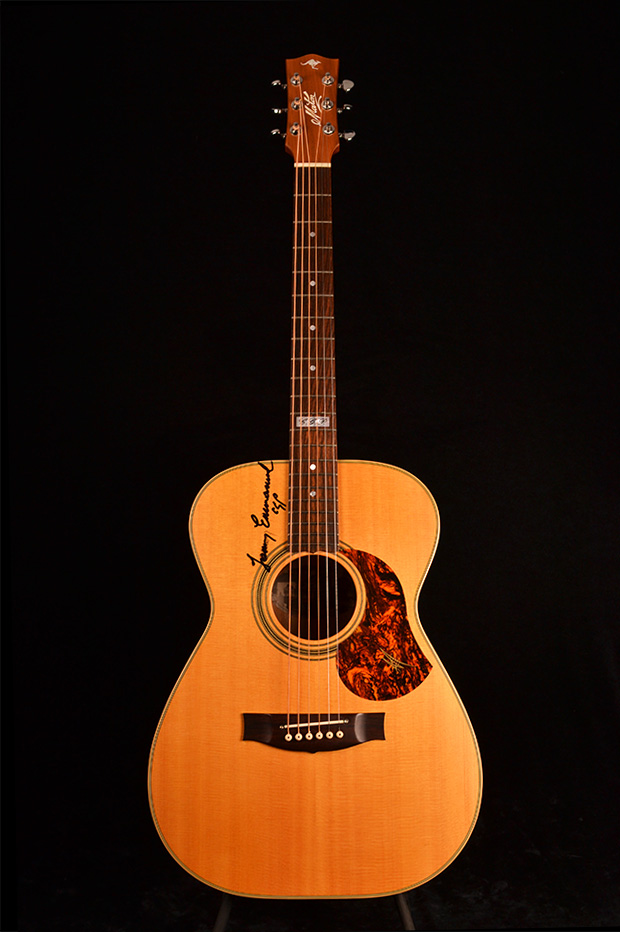 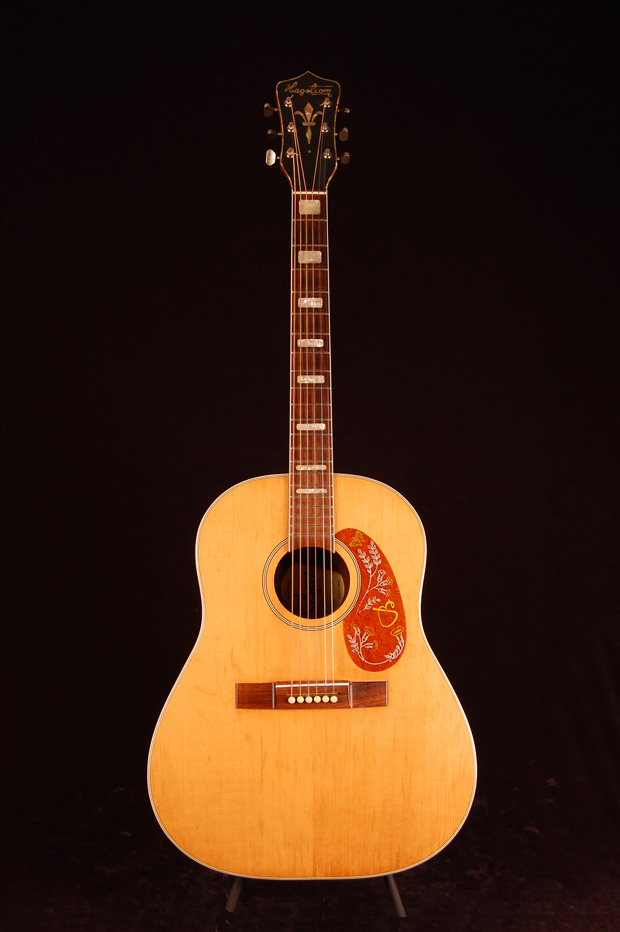 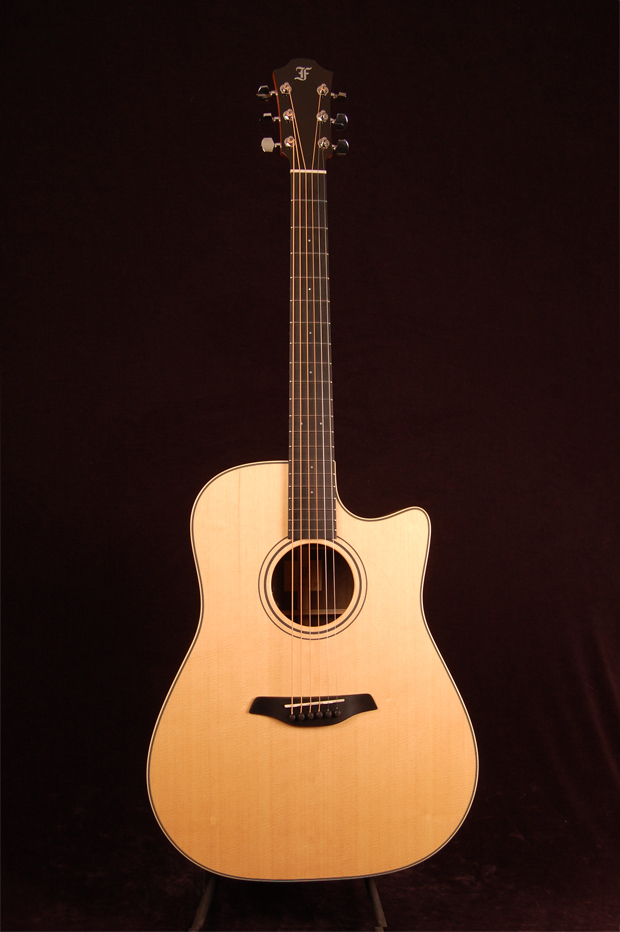 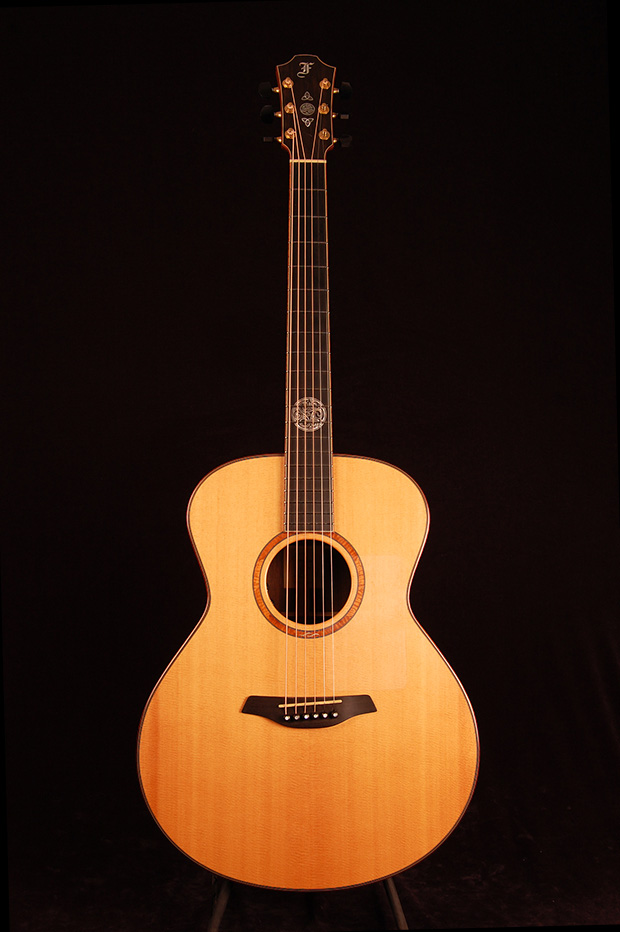 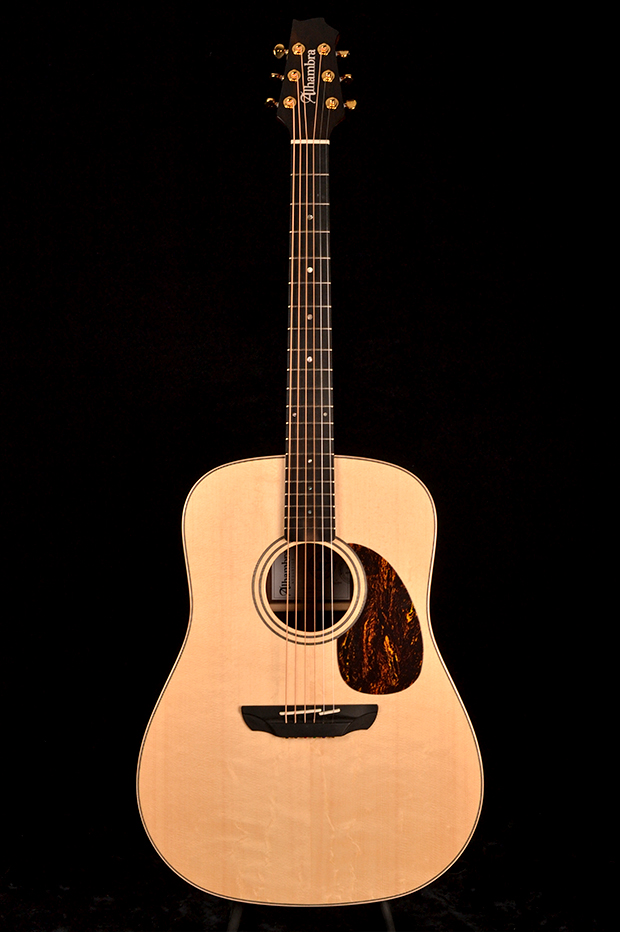 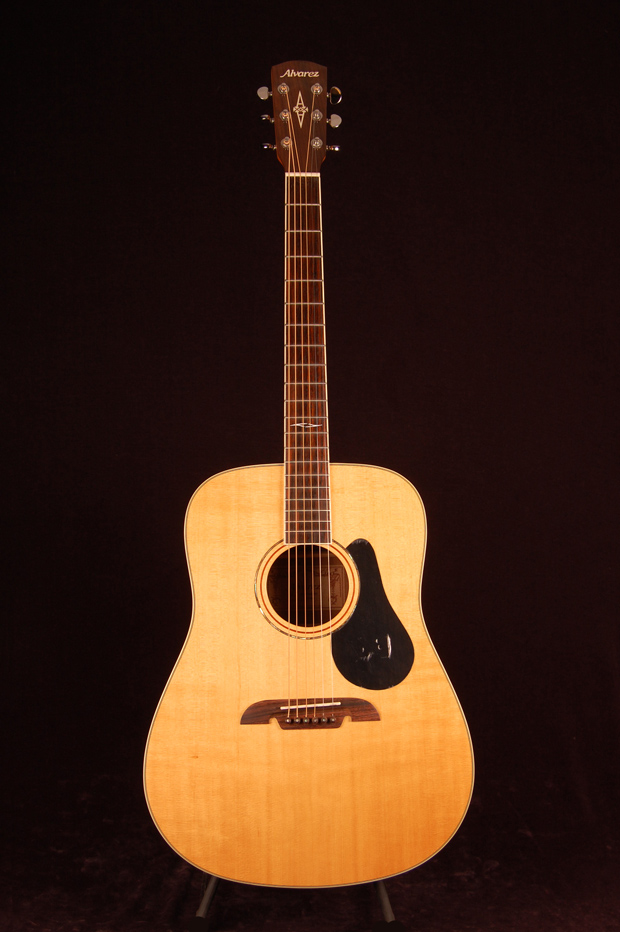