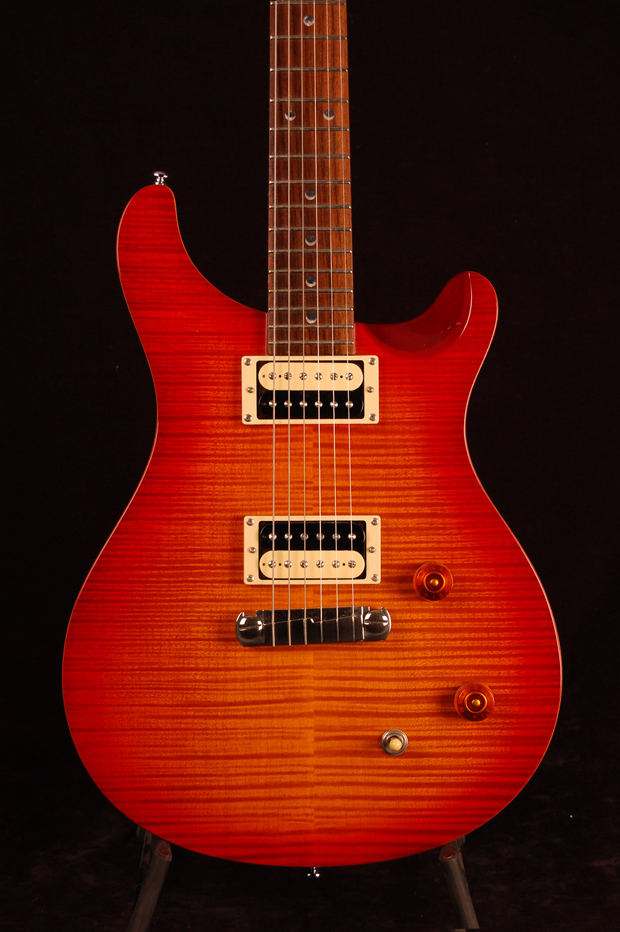 The Paul Reed SE Custom sounds alive from the day the rough blanks for the bodies and necks are cut. The entire instrument works as one to deliver an evenness of tonal color, amplitude and feel no matter where you are on the fingerboard. The Paul Reed Smith SE Custom features a solid mahogany body with a visually stunning flamed maple top, a glued-in mahogany neck, two PRS designed SE standard humbucking pickups with Zebra coils, and a PRS designed stoptail bridge.

The Wood
With a solid mahogany body and a mahogany neck, the PRS SE Custom has a sweet, full mid-range, while the flamed maple top adds a bright upper register, The PRS SE Custom ‘s neck has a 25″ scale length mahogany 22 fret neck with rosewood fretboard and moon inlays. The 25″ scale allows ease of string bending as with a 24 5/8″ scale but with the added harmonic range of the 25 1/2″ scale. The Wide Fat neck-carve on the SE Custom has the same nut width as the Wide Thin neck but has a big comfortable profile, similar to the PRS Regular neck. Because of its strength and longer “heel”, the Wide Fat neck produces warm tones with lots of sustain.

PRS Electronics
The SE Custom’s pickups are two SE standard humbucking pickups with Zebra coils to give you plenty of power to push a Marshall. PRS Pickups are built in-house to Paul Reed Smith’s exacting specifications. Years of work and research have been spent on the important details such as focusing on the highs so they sing instead of shriek, or contouring the bass tone so it’s punchy, not boomy. After all, the subtleties are what make the difference in how your pickups sound. The PRS SE Custom comes with a 3-way toggle Master Volume and Tone Control.

PRS Stoptail Bridge
Designed to take full advantage of the resonant properties of the guitar, the PRS Stoptail Bridge provides direct transmission of string vibration to the guitar body and makes set-up a breeze. First used in 1991 on the PRS Dragon I guitar, it now appears on almost half of all PRS guitars sold. The bridge of the PRS SE Custom features slots that recess the strings comfortably as they pass over the top, in a gentle curve. Although it is pre-compensated for modern string gauges, fine-tuning is possible by adjusting the set screws at each end of the bridge.

The Finish
Utilizing modern finishing technology, PRS has developed high-gloss finishes and stains that exquisitely highlight the color and grain of while retaining the fast, smooth feel of vintage lacquer.

Because color is an important component in any guitar’s appearance, the PRS dyes are specially blended to look their best under stage lights, shining with such luster and brilliance that the guitar truly looks as good as it sounds. The PRS SE Custom has a Cherry Sunburst finish with creme rings, creme switch tip, and amber knobs. 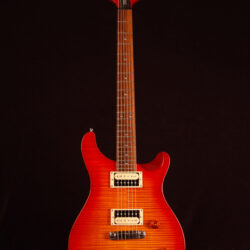 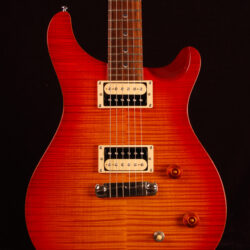 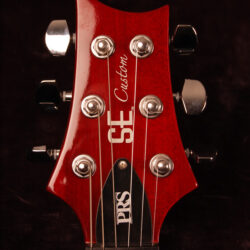 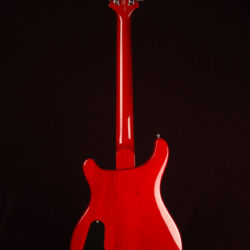 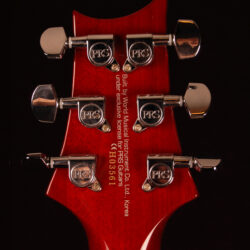 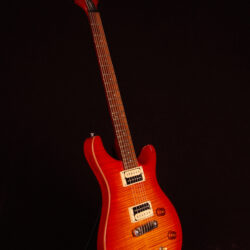 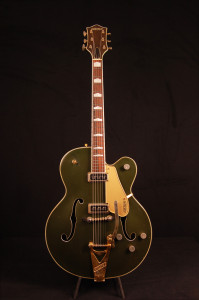 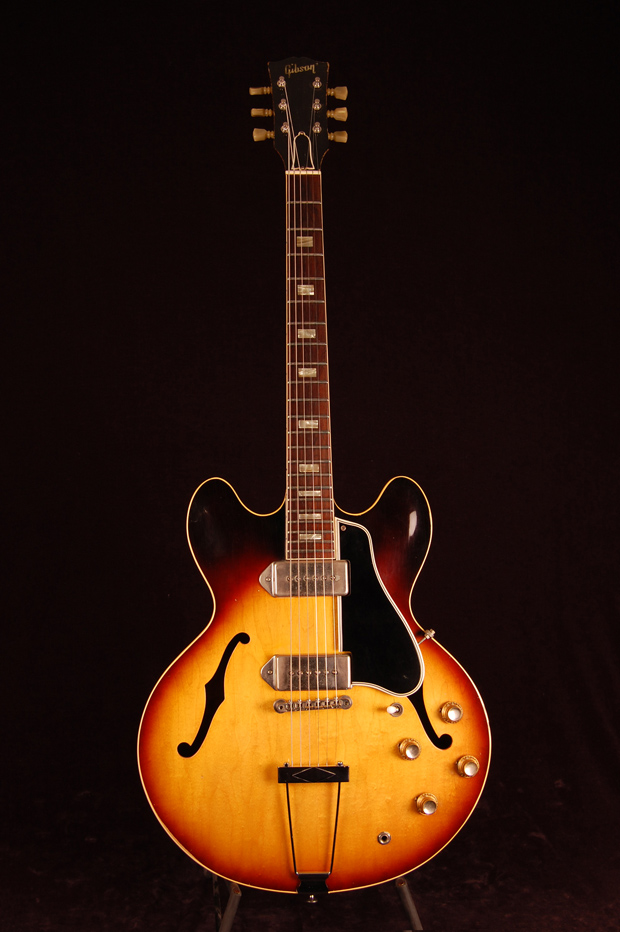 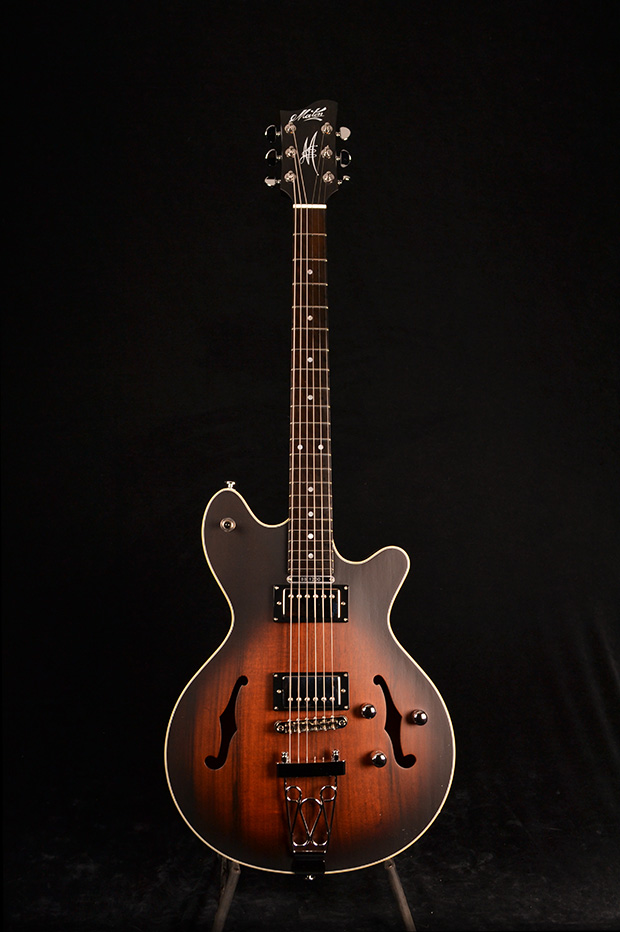 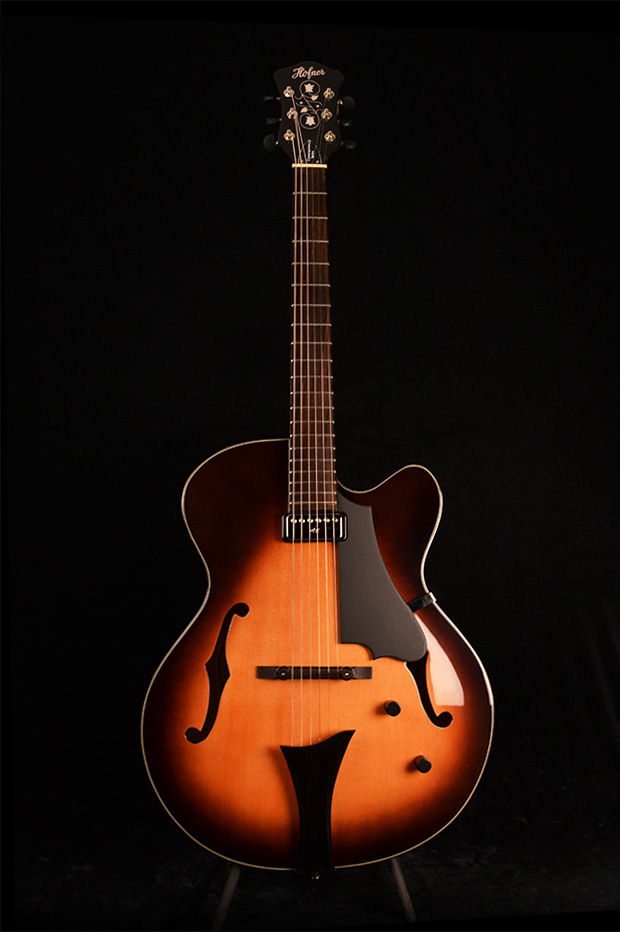 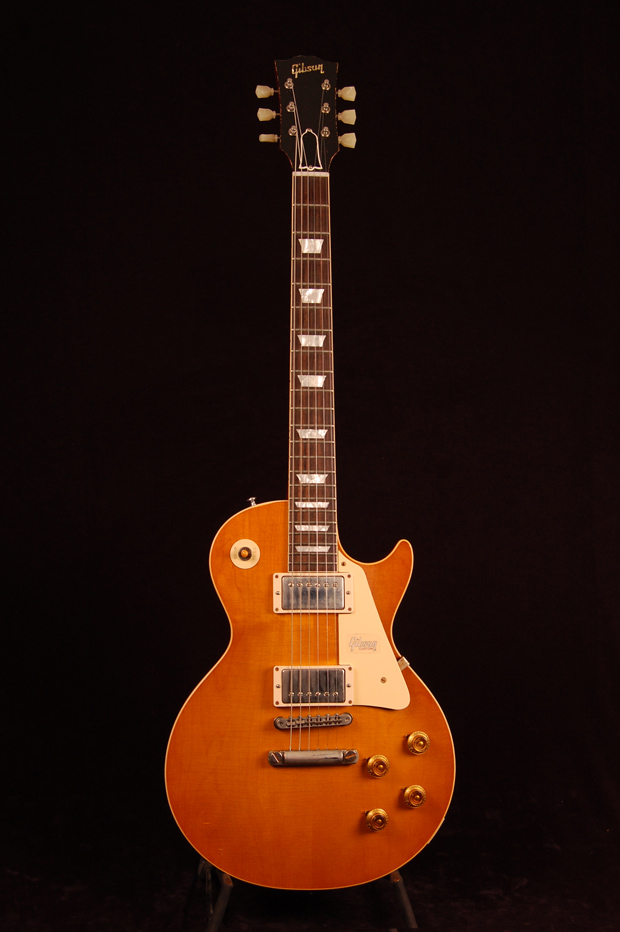